The original settlement of Waterbury was in 1674 as a Town Plot section. In 1675 King Philip's War caused it to be vacated but the land, was returned to in 1677, this time west of the first settlement. Both sites are now marked. The Algonquin name for the area was "Matetacoke", meaning "place without trees." 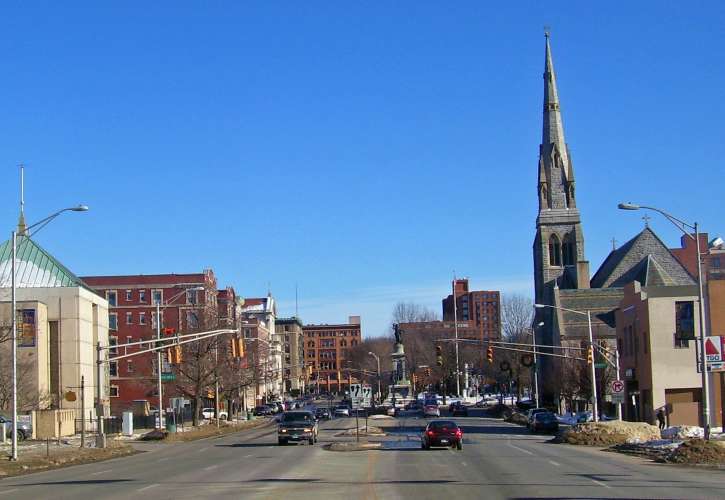