The area owes its historical importance to its site upon Istrouma Bluff, the first bluff upriver from the Mississippi River Delta, which protects the city’s residents from flooding, hurricanes, and other natural disasters.

From attractions to shopping and dining, we have it all!

Immerse yourself in all that Baton Rouge has to offer.

From Cajun to Creole and everything in between, we invite you to feast on our local delicacies! 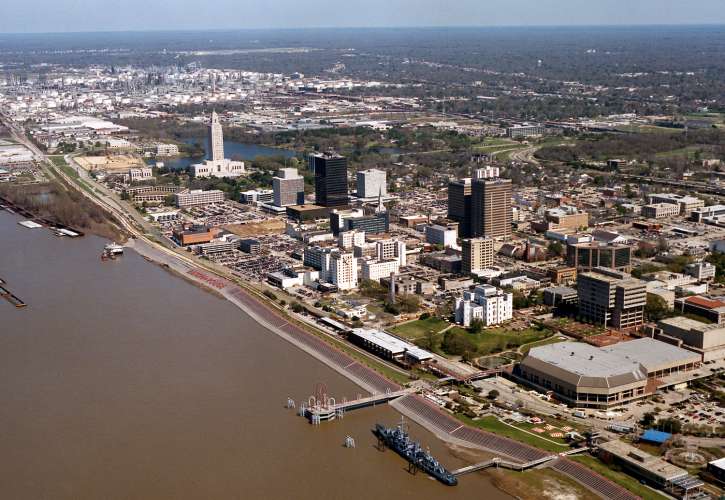 Baton Rouge is the capital of the U.S. state of Louisiana. Located in East Baton Rouge Parish, the city is the second largest in the state, and has a population of 229,553 people as of the 2010.

Baton Rouge is a major industrial, petrochemical, medical, and research center of the American South. The Port of Baton Rouge is the ninth largest in the United States in terms of tonnage shipped, and is the farthest upstream Mississippi River port capable of handling Panamax ships. In addition to this natural barrier, the city has built a levee system stretching from the bluff southward to protect the riverfront and low-lying agricultural areas.

The European-American history of Baton Rouge dates from 1699, when French explorer Sieur d'Iberville leading an exploration party up the Mississippi River saw a reddish cypress pole festooned with bloody animals that marked the boundary between the Houma and Bayou Goula tribal hunting grounds. They called the pole and its location le bâton rouge, or the red stick.