Orlando is the place to make all of your vacation dreams come true. Beloved for its theme parks: Walt Disney World, Universal Orlando® Resort, SeaWorld Orlando and many others, its also contains world-class resorts, shopping opportunities for every budget, all-season golf courses, and some of the most enticing dining opportunities on the planet. Less known but equally inviting are the downtown sections of Orlando itself and many nearby towns in Central Florida – places that celebrate public art and take pride in offering a myriad of cultural opportunities.

Visitors both young and young at heart can immerse themselves in the world's top theme parks right here in Orlando!

From the most serious of foodies to the most casual of diners, you’re in for a treat! 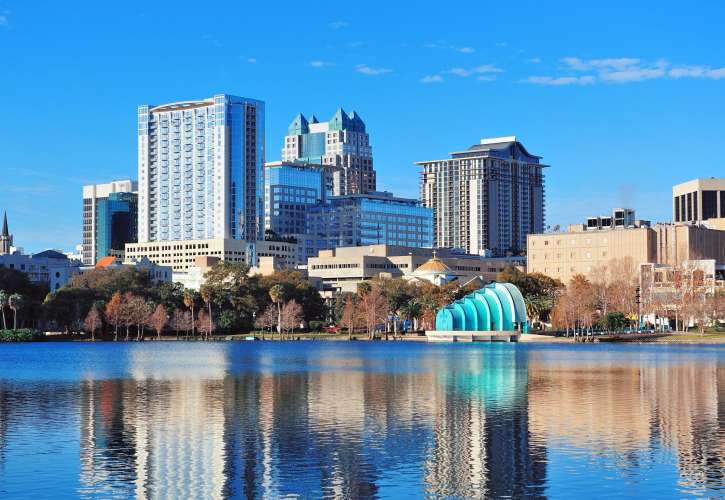 Orlando is a city in the central region of the U.S. state of Florida. It is the county seat of Orange County, and the center of the Greater Orlando metropolitan area. According to the 2010 US Census, the city had a population of 238,300, making Orlando the 79th largest city in the United States.

Orlando's symbol is the fountain at Lake Eola. The city is also sometimes nicknamed "The Theme Park Capital of the World", as it is best known for the Walt Disney World Resort, founded by the Walt Disney Company in 1971, the Universal Orlando Resort, and Sea World. The city's famous attractions form the backbone of Orlando's tourism industry, making the city the most visited American city in America.